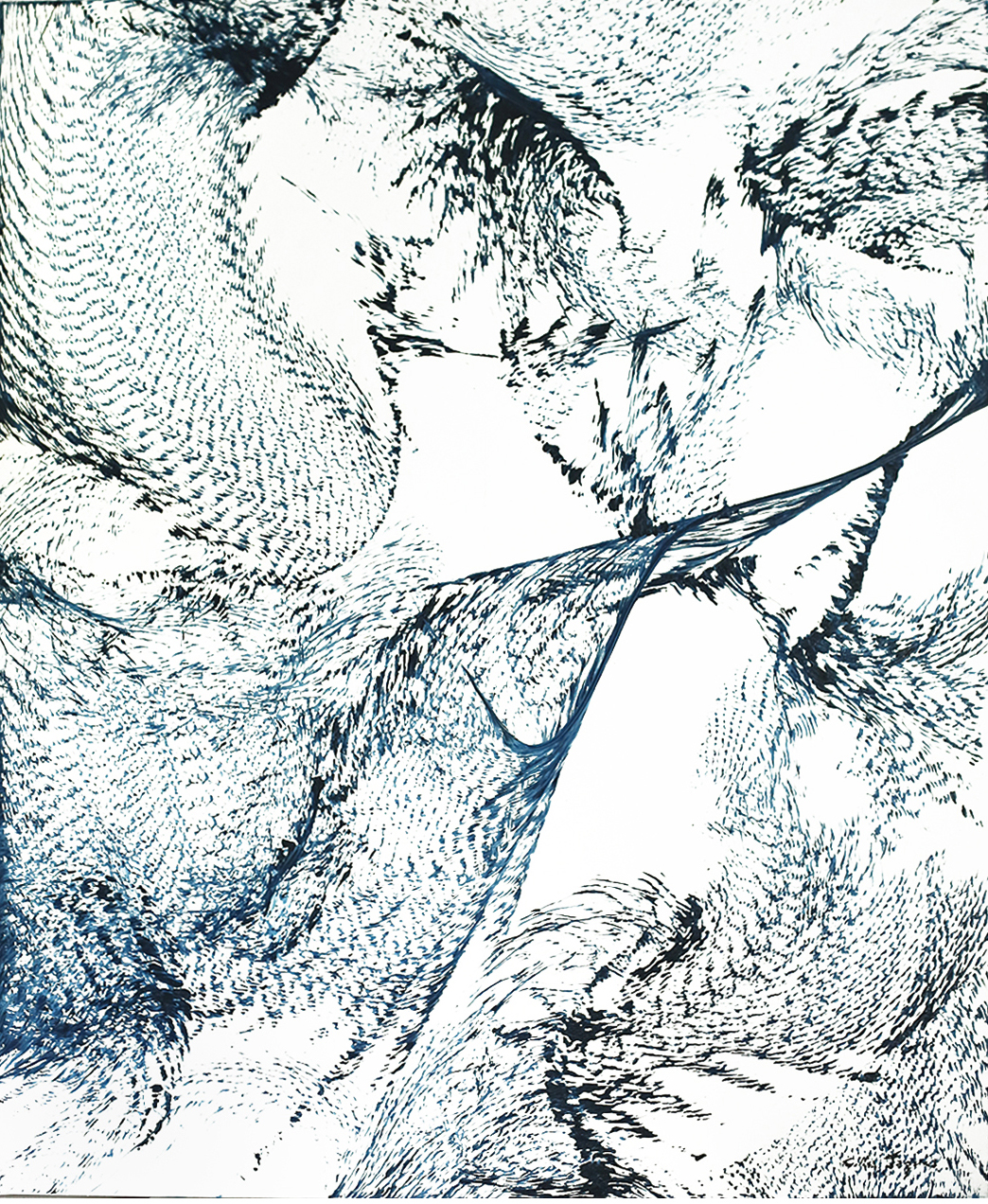 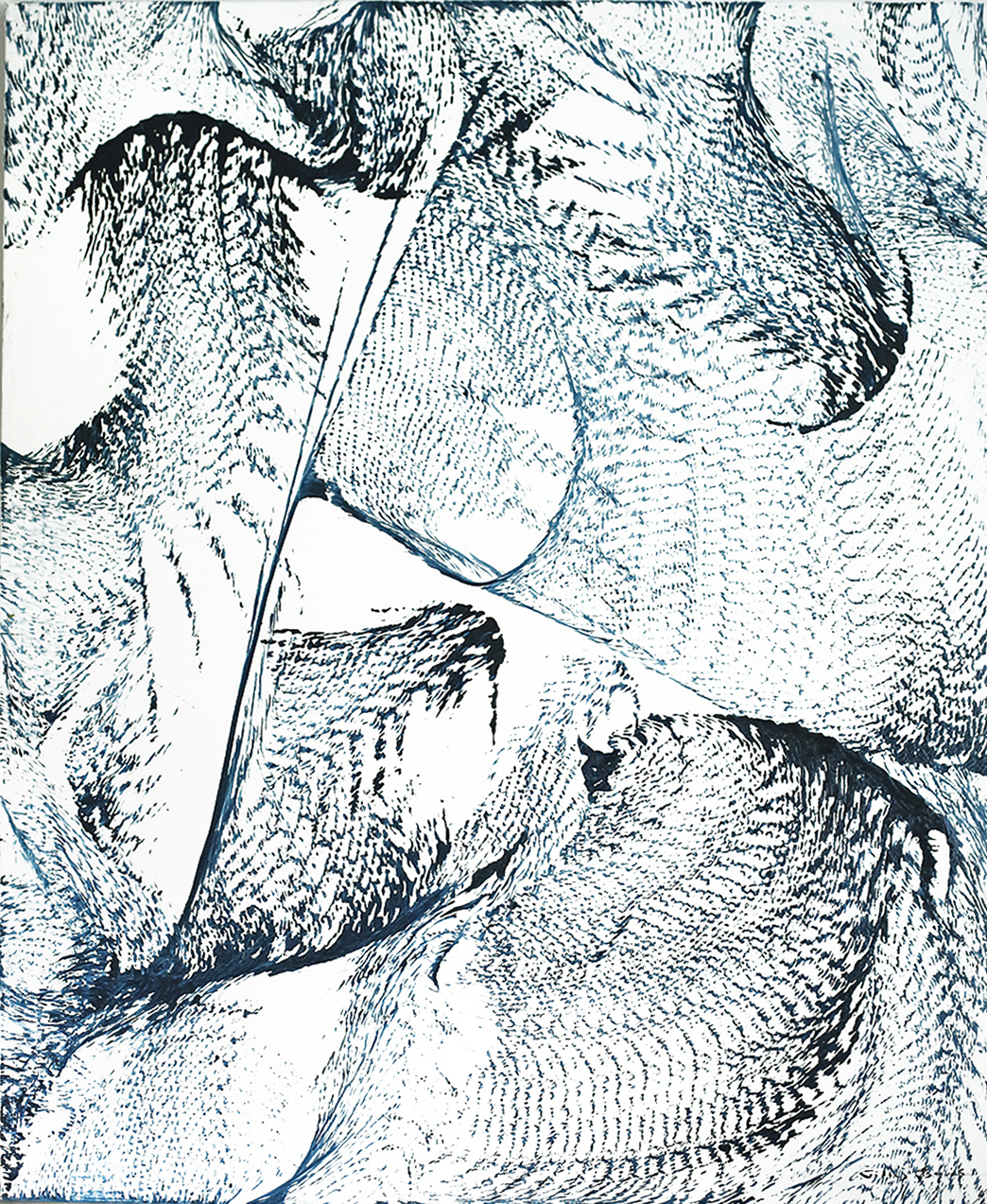 To go beyond what has already be done 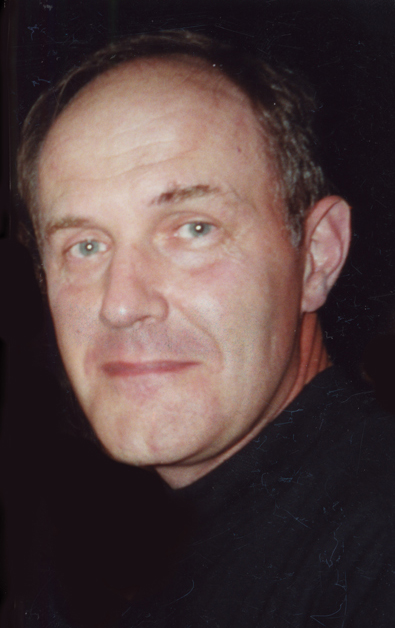 Gilles Jaques is a contemporary abstract painter, born in 1950 in Montreal.The full name is Gilles Jacques Guilbault (Gilles Guilbault in daily life). He suppressed the Jacques “c” to particularize his artistic name.

What captivate him most was the mystery of how artist created such uniques techniques and textures.

He experimented concepts and theories, as well as the idea of creating innovative styles, textures and visual effects.

For Gilles Jaques, a recognition evolved construction of unique artistics values, serious relevant and coherent steps transiting the known, the aleady seen toward the unknown, the unseen.

This must progress to the point of creating emotions, forces of first impressions, surprises and astinishment in front of a technique, a style and a new personnalized, non existant and innovative current.

At the 2004 exhibition crowning the first prize on 72 professionnal candidates (exibition 2004), a visitor is surprised by several new techniques and can not give a precise name to the techniques of Gilles Jaques. He qualified his works as “Jaquism”. Between 2004 and 2013, Gilles Jaques continued to perfect new original techniques.

In 2013 he finally achieved his goal integrating to impressionnism, expressionnism, modern art and abstract art subjects his new and unprededented technique and textures proving the wide adaptation and integration of his discovery to several periods of art history. He produced approximatively 1000 paintings since than (Gallery).

Many of his paintings have an impressionnist, expressionnist, modern and abstract background in which he integrated his “jaquist” technique as more extend, more universal and applicable to many other periods of the history of art.

As the song “Imagine” of John Lennon, let’s change the context and “Imagine” this exclusive product controlled bu a gallery or collector with a dose of marketing. The whole public collector can not be totally infifferent to a well-target start-up. If your course was positive for “jaquist” novelties you have the answer.

Twenty years of research is nothing when we reach and achive such goals.

“I choose to paint my new series primary in black, blue or red (on white background) so has to have the technique highlighted with as little distraction as possible”

What is presented on this site is part of the results